A New Employee & A Geography Lesson 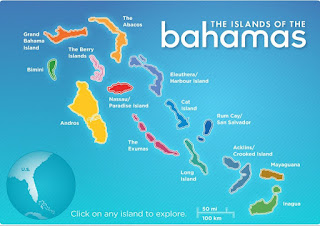 As you can imagine, the upcoming holiday has been a busy time.  Although business seems to be a little more quiet than in previous weeks; everyone assures me that this is completely normal and it will pick up again after the first of the year.  Slow is a good thing for me, it provides an opportunity to continue going through the "accounting files" and try to come up with a plan of attack for outstanding pile of A/R.

We have begun to expand a bit - a new employee has been hired for the warehouse in the preparation for increased business in the new year.  This is a great idea, but I'm just not sure if Wayne is the proper cog to fit in the wheel.  Wayne is very nice, but it seems he is a bit on the nervous side - almost like he takes a bit too much Ritalin.  Is it just me or does he seem to run everywhere he goes?  He is going to be coming in a couple of days a week to get a feel for the place before he starts full time January 2020.

Now for the geography lesson of the day -

We we told today that The Boss would be going on vacation for Christmas and would be returning after the first of the year.  Now, the truth be told, I knew he was going away because I overheard him on the phone talking about the Bahamas.  No, I wasn't eavesdropping - I can hear everyone and everything from where I sit!

That being said, I acted surprised and asked where he was going, etc.  His evasive explanation of the location began something like this.... well, he would be vacationing out of the country.  Again, I asked where he was going; after some hemming and hawing  (and a bit of stammering) he mentioned it was somewhere near ENGLAND and he would have would little to no internet connection.

1.  If he didn't want anyone to know where he was going, why not just say so?
2.  Does this man know how the internet actually works?
3.  Have the Bahamas relocated to other side of the Atlantic Ocean without me having heard about it on CNN?

Merry Christmas and Happy Holidays to all!

*as always names have been changed to protect the insane
Posted by Nutty Wone at 10:30 AM