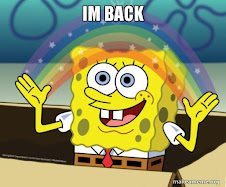 Happy 2021 Nutties; I'm back and by 9 AM it felt like I didn't have a day off!  Gotta love how The Nuthouse never changes!  I hope your holiday was safe, fun and Santa brought you everything you ever asked and dreamed of.

I actually wasn't totally dreading going into the office today (I know, right?), but as soon as I arrived, the sensible me took over and I wanted to go running for my car like my hair was on fire.  The Boss was already there when I arrived; this didn't surprise me considering this insane man came in to The Nuthouse on Christmas day (click here for recap).  I really am beginning to think his family is as annoyed by him on a daily basis as we are....that's fine honey, just go check on the office on Christmas morning...don't worry, we will wait until you return to open presents and have breakfast....INSANE!

Some funny (and not so funny, but totally understandable) things occurred to my co-workers during our time away.  Drew and his family cut their own Christmas tree this year (click here for recap) and when they brought it home, they also brought home an infestation of some sort of beetle.  I guess they cut it down and once it was brought into a warm environment, the critters started waking up and moving about.  At first, they found a couple of bugs around the house and didn't think anything of it.  As the day progressed, I guess it was like a scene from the bible - they were everywhere.  He says when they were decorating the tree, they didn't see anything out of the ordinary, but by that next morning, all bets were off - the beetles outnumbered the humans 100-1.  I guess they were lucky that they didn't get a squirrel in it like the Griswold's did in Christmas Vacation.

Once they determined the tree was patient zero, the tree, ornaments and lights were deposited outside so the wildlife could be free.  I guess on New Year's day his wife bundled herself up and removed the ornaments and lights from the beetle tree.  Needless to say, Drew now reports that they are in the market for a realistic looked artificial tree for next year.  His wife said that a real tree would come back in her house again, over her dead and rotting corpse.  I'll have to find out where my Mom got her new tree and pass the information along to Drew.

Now that story was an unexpected one - funny, but unexpected none the less.  This next one, didn't surprise me in the least! If you remember, there was going to be a big Christmas Eve event at the church that Mike and Wayne attend (click here for recap).  Well, from what I can determine, the event went well and was quite lovely.  The problem occurred when someone decided that Wayne would be the best person in the kitchen after the event.  I guess after then event, they had everyone come to the back area of the church for coffee, donuts and bagels.  Here is where the problem started; by putting Wayne in the kitchen, near sharp objects (knives), you were asking for a disaster - and a disaster they got.  Wayne was in charge of cutting the bagels and during the preparation he proceeded to slice his hand wide open!  He arrived at work this morning with his hand so bandaged up, it was almost half the size of his head.  Clearly, this man is dangerous to himself and those around him.  He really needs to be in a bubble for his own (and the worlds) protection.

He says it is healing nicely, but he still needs to keep it wrapped and clean until the stitches are removed - so Wayne will be on limited duty in the warehouse until he visits his doctor again.  This man has been on limited duty longer than he has been on regular duty since joining The Nuthouse.  I try not to be around him too much - it is just too dangerous!

It's great to be back (insert sarcasm here) and I'm sure we will continue to pick up right where we left off in 2020.  Until next time Nutties!