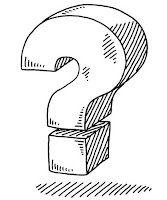 Good Morning everyone!  I hope you enjoyed your three day weekend (if you were lucky enough to have one).  I was quite successful in fulfilling my important objectives for the weekend;  I caught up on some streaming, took a couple of naps and even watched the two NFL conference championship games.  Now for your sports update for today - it looks to be an interesting Super Bowl this year!

As you may have remembered from my Sunday morning post/rant; The Boss felt the need to "remind" me that we did not have to work on MLK day.  To convey this reminder he decided it was imperative to contact my out of state parents when he was unsuccessful in reaching me directly by phone at 6:30AM.

Now that we are all caught up, curtain opens to the current day.  When I arrived at the Nuthouse this morning, I was looking forward to comparing notes and stories with my fellow colleagues to see who received the earliest call.  If I were a betting man, I would have to say I had this easily won. He had to have phoned me first - it was 6:30 in the frickin' morning for god sake.  I also know he couldn't have phoned the parents of anyone else (extra points right there)!   I just had another thought; what actual time does this man get up on a Sunday morning?

Moving On. The Boss had not arrived, so I checked in with the guys in the warehouse and told them my tale of woe, they laughed and all said they never received any phone call from The Boss.  I found this difficult to believe and asked were they sure they didn't just miss the call?  Remember, The Boss never actually left a message for me, instead he decided he would call my parents (mental note: in case you were ever wondering, this is the always a better option then just leaving a message).

I checked with Rachel and Mike and asked if The Boss had woke them up on Sunday morning when he called.  They gave me the same look I had received from the warehouse staff and wondered what I was talking about.  I cannot believe it - they hadn't received a phone call either!  Why was I the only person he called?  Didn't anyone else need/deserve a reminder?  I know he heard me talking about my plans for the long weekend on Friday afternoon along with everyone else.. what the hell?

He finally arrived for the day and (wait for it) NEVER SAID A WORD about the shenanigans on Sunday morning!  It was like it never happened!  No...he had not phoned my parents, at what was 4:30AM their time, to inquire where their child was.  He had not called me at 6:30AM on a Sunday, as a friendly reminder that we were closed the following day.  Nope - it was like the events of Sunday morning didn't even occur!  I cannot make this lunacy up; this is the weirdest thing EVER!!!  I definitely am adding this to the discussion list for the next after work drink meeting.  Maybe someone there can explain it to me and help me understand.

BTW - Yes, I looked for my ICE paperwork and I cannot find the damn document anywhere!  I better put a reminder on my phone to contact my parents before the next three day weekend.  I will need to assure them that no matter what The Boss says when he calls, (most likely at the ass crack of dawn) I am not dead in a ditch someplace....I am just ignoring his reminder.

Until next time.... yup, I have no doubt something insane with happen here again soon!
Posted by Nutty Wone at 9:28 AM