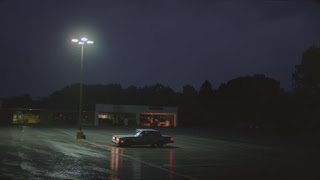 As I have complained, the East Coast has been exceptionally cold this winter.  Temperatures have remained “below normal”, according to meteorologists, for the past three weeks.  The offices are freezing in the morning and well into the afternoon.  My normal work uniform is gloves and a scarf which I wear inside on a regular basis.  Note to self, look into a space heater!

I never have had reason to mention that the organization has a company vehicle which is available to staff going to meet customers, etc.  Well, that all changes today!  The majority of its weekly use is by The Boss.  He takes it to get the mail everyday (we have to have a PO Box so no one, including the government, can find us) and sometimes takes it home.  Keep in mind, due to the extremely cold weather, prior to any departure, he must start his vehicle (or the company vehicle) to warm it up.  This practice yielded hilarious results which were conveyed to me today when I arrived.

It is my understanding that last evening, prior to closing the office for the day, The Boss did his normal routine of starting, in this case, his own car, to warm up.  When he ended up actually leaving the office, he jumped in the company vehicle thus leaving his personal car “warming up” in the parking lot.  When Adam arrived at 7:30 AM he noticed the boss’ car running in the parking lot and assumed he was getting an early start of the day and was already inside.  Then Adam went to open the door, he was confused because the building was locked up like Fort Knox.  Undaunted, he unlocked the door and walked into the dark office and warehouse….The Boss was nowhere to be found.  Approximately thirty minutes later, the warehouse door opens and in walks The Boss.  According to Adam he had a "pep in his step and was humming a song".

Adam said good morning and commented that The Boss was in early today.  The Boss looked at him as if he had just spoken in a foreign language and asked what he was talking about.  Adam explained that when he saw the car running in the parking lot, he assumed The Boss was already in and about to leave again.  Adam told me he wished he had taken a picture when The Boss put all the pieces in place and realizing he had left his car running ALL NIGHT in the parking lot!  He said it was the funniest thing he had seen in ages.  The Boss then ran outside and Adam assumes turned the car off before any of the other employees arrived.  When The Boss came back in - nothing was said and The Boss was no longer humming.
Posted by Nutty Wone at 10:47 AM