We Are Exhibiting At An Upcoming Trade Show 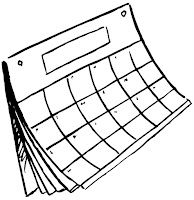 When I arrived today, The Boss was waiting for me.  It looked like he had been in the office for a while and at first glance he seemed a bit frazzled (more so than usual). He immediately begins by telling me about this huge trade show that occurs every year in Las Vegas.  He says that in past years, the company has only attended - but this year would be our first year as an actual exhibitor.  This is a big deal and illustrates that we are moving in the correct direction.

He talks about how large of an event this is/will be and how much this event will help not only increase the cache of the company, but help to bring in future sales.  I am a bit surprised that this is the first I am hearing about such an important event.  My mind immediately goes into overdrive - why have I never heard about this around the office?  What preparations have already occurred?  I haven't noticed any expenditures associated with this event, is anything set up?

I imagine this event must be happening in the late spring or early summer, which would help explain why this is the first mention of the event.  Suckers, did you forget where I work?  Let me remind you...the Nuthouse!  This event isn't in the spring or summer, it is being held in Las Vegas, Nevada, February 25-28 OF THIS YEAR!  That is approximately ONE MONTH from today on the other side of the country!

The Boss then says, "he may need a bit of help getting ready for this event".   Why do I think this is going to be the understatement of year?  So, I begin peppering him with easy questions, who is going - he hasn't decided yet.  What about plane and hotel reservations - those cannot be made until he decides who will be attending.  How big is the exhibit space - 10' x 20' (I was wrong, one thing is set up).  Do we have a list of what will be shipped and going in the exhibit space - he says he has some ideas, but nothing on paper yet.  My God, I'm going to stick a rusty nail in my eyeball, it would be less painful than this conversation (and bonus, I could leave to go to the emergency room)!

I feel my pulse begin to quicken and my eyes begin to roll.  Now, let me tell you a bit about me growing up.  My Mom has always said that since I was a child my emotions, especially that of disgust or exasperation, could not be hidden from the world around me.  She would say between the look on my face and my eyes rolling, my feelings were quite easy to decipher.  She would remark that my eyes began rolling at a very, very young age and became even more pronounced as I entered my teenage years.  Let me assure you, as an adult, I STILL roll my eyes and I honestly don't even realize I am doing it (yup, I have that shit down to a science).

I cannot believe that we are less than a month away from what is being described to me as the most important event of the year and NOTHING has been done to prepare for it!  Welcome to the tenth circle of Hell!  I think that I will be spending some quality time here for the next month.   If I am to believe the stories about Hell, at least it will be warm (see I always try and look on the bright side).

I quickly realize, as I hear the ticking clock in my head, that I am going to have to get some concrete answers from The Boss if I have even a chance of pulling this event off.  I then asked a couple of additional questions.  I honestly don't even remember what they were, I think I was still in shock from the earlier answers and wanted to silence the screams inside my head.  I was comforted to hear many of his responses to these questions were similar in nature to my earlier ones, "he has some ideas, but nothing concrete yet".  Has this man even decided he is attending?

Did I mention that sometimes I sometimes hate my life when I am here.  Maybe I should discuss this with someone.....I ask again, is insanity contagious?  This is going to be an interesting few weeks.
Posted by Nutty Wone at 1:36 PM