Facial Hair Styles Are Changing At The Nuthouse 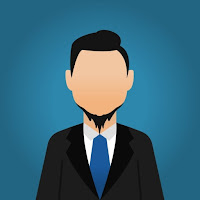 To appreciate my story for today, I must bring you back in time approximately one month ago.  This is when the weird, way back music would play and the TV screen would show wiggly lines....picture it if you will, one month ago in The Nuthouse.

As I have mentioned on more than one occasion, it is clear to me (and others that I work with) that The Boss likes Drew; so much so, that sometimes I think he wants to be him.  Since Drew has been employed by The Nuthouse we have all noticed The Boss making attempts to seem more "manly" and he is more apt to do things with his hands and tools.  I thought that was where the "hero worship" ended, but I underestimated is complete admiration.  One month ago Drew arrived in the morning and it looked as if he had forgotten to shave.  Possibly he was running late, who knows.  As the week progressed, he continued his unshaven look and we quickly realized that he wasn't lazy, he was just growing a beard.  Rachel (of course) made numerous positive comments about his new facial hair - how nice it looked, how it made him look distinguished, how quickly it was growing in, etc.  Clearly, Drew's spittoon of tobacco and wedding ring isn't decreasing Rachel's crush.

Fast forward to this morning; I arrived and The Boss was already in his office.  At second glance, I noticed that he clearly had more than a five o'clock shadow on his face.  Did The Boss not shave this weekend?  If so, why didn't he shave for work this morning?  Then it hit me like a lighting bolt - oh my f*cking god, he is growing a beard just like Drew did!  As soon as Rachel arrived and noticed it  she made sure to comment on it.  The Boss played it off as if this was something he does all the time and that he had been thinking about doing it for quite a while now.  I cannot wait to see how long this will last.  I want to ask Drew to grow his beard long like Santa and see if The Boss follows suit, although  I don't think I could convince him to do it.  I'll keep you updated!

Oh, with all of the new grooming habits of The Nuthouse, I almost forgot - reaction to Frick and Frack.  The Boss didn't mention a word about them until about 3PM today.  He came out of his office and acted as if it was the first time he had noticed them (my god, he is NUTS).  He asked where they came from and who was taking care of them.  He then commented that the bubbler was very loud and he could hear it in his office.   Now, I'm sure he could hear the bubbler when he arrived this morning and he was the only person in the entire building; but once the office is up and running, it makes no more noise than the fan on my laptop. After he left for the post office, I asked the salespeople if they could hear it/or it was bothering them; they laughed and said they didn't even notice it.  Again, I say, he is f*cking NUTS!

I can tell you that our mascots are quite popular already.  Not only do the employees like having them around, visitors to the office do too.  We had a trucking representative stop in today and Frick and Frack was quite a hit.  I don't think The Boss appreciated their newfound popularity.  Oh well, we can't all be well liked. Hopefully he will warm up to them soon.
Posted by Nutty Wone at 4:31 PM