I Saw It With My Own Eyes & I Still Don't Believe It! 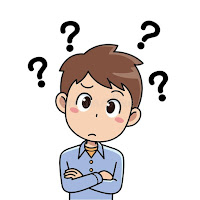 You know the saying, "I wouldn't have believed it unless I saw it with my own eyes"?  Well, this old-fashioned saying rang quite true for me today.  This morning, I arrived a bit early to The Nuthouse as I had some paperwork I wanted to finish up before the warehouse staff arrived.  When I drove down the pot hole filled road (which by the way, is just getting worse by the day) and turned into our parking lot, I saw my biggest fear, The Boss was already there.  I actually heard myself exhale loudly.  Damn, don't you just hate it when that happens?

As I entered the office, I could see The Boss was finishing up some breakfast - a banana and an apple.  We said our good mornings, I turned my computer on and began my day.  The next thing I notice, The Boss is carrying his banana peel and apple core around.  Now, I thought he was putting it into the kitchen garbage, but no, that would be logical.  Instead, he walked to the front door, opened it up and threw the peel and core into the grassy area next to the walkway.  WTF!

When he returned, I must have had a confused look on my face, because he asked if I was okay.  I asked if he had thrown that garbage on the lawn and he quickly (and proudly) replied "yes".  Now, keep in mind, this is the man who has forged an all-out war on not only geese, but also bees that live in that same grassy area!  When I commented that I thought he was trying to keep wild animals off  the grass and away from the building, he said that the animals that are "out to get him" do not eat that kind of stuff.  I immediately thought - maybe the geese and bees are not interested in peels and cores, but I'm sure mice and rats might be.

Fast forward to when The Boss made his daily trek to the post office and bank.  I reported my story to Rachael and Drew and those two actually thought I was lying.  Is it their first day here?  Do they not know the stranger the Nuthouse tale, the more likely it is to be true?  So, I lead both their unbelieving asses outside to where the banana peel and apple core rested from being tossed this morning.  My two co-workers just shook their heads in confusion, said nothing and went back to their desks.   Maybe I will start a pool - what will occur first; new wildlife attracted to the "grass garbage" or The Boss complaining about the "grass garbage" when he mows the lawn?