How Was Your Weekend? Mine? It Was Expensive! 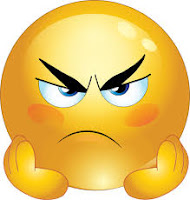 I hope you all had a great weekend.  In my case, I think it may have been cheaper for me to have worked this weekend!  My Saturday started like any other Saturday - sleeping in a bit, getting up, feeding the boys and deciding what to do for the day.  I thought I would be nice and take Cooper for a walk before taking a shower and I knew he wouldn't mind if I didn't shower first.

We had a great walk and it was beautiful outside - pretty much a perfect day.  We played in the park, got some coffee (for me) and we were on our way back home for my shower and his nap.  When I arrived, I gave him some fresh water and went to take a shower.  After my shower, I realized that I needed to vacuum.  Actually, with these two fur balls, I could (and should) vacuum every day.  I have mostly hardwood floors and there is always a fur tumbleweed going by - even right after I am finished vacuuming.

I cranked up the music and begin my vacuum routine.  Yes, I have a routine that I follow - I'm not weird, just particular (stop judging me).  First, I hit all of the un-carpeted floors, then I will go back and clean the throw rugs.  I have a large one under my dining room table and a one in the living room area.  I finished the hardwoods and I am seeing light at the end of the tunnel - once I finish these two big rugs, I am free of responsibility for the rest of the day!  The weekend is my oyster to do whatever I want!

As I head to the rug under the dining room table, a awesome song comes on and I immediately know this weekend is going to be great.  I start singing along and even maybe performed a couple of dance steps.  Then.... I smell it - the undeniable smell of poop!  I look around and am confused, I just vacuumed everywhere and didn't see anything; where could this smell be coming from?  As quickly as that thought entered my mind, I realized the answer - there was sh*t on the dining room rug and during my singing and dancing routine, I vacuumed right over it.  Before my realization  I continued to push and pull the vacuum across the rug, totally smearing it EVERYWHERE!

Now, I don't know from whom the shit originated because by the time I actually found it, I could not identify it as cat or dog.  The shit had now become one with not only my vacuum but also my very expensive rug!  I immediately turned the vacuum off and surveyed the damage - and it was extensive!  There was poop all over the roller brush of the vacuum and in the dirt holder.  The rug was not in any better shape; it had more skid marks than a young boy's underwear!  I donned a mask (they are not only good for coronavirus) and went in to try and clean the rug - it was a battle I knew I never had a chance to win.  After about an hour of trying, I waved the white flag of surrender.  Next was the vacuum; it didn't look so bad, I thought I had a chance of saving it.  I took it apart and cleaned it up (gross) and did the best I could to make it whole again.  I put everything back together and started it up.  As soon as it started, all I could smell was sh*t!  I looked again and confirmed that I had gotten it all cleaned off and let it run for about 15 more minutes (I hoped maybe it just needed to blow the shit smell out).  The smell never stopped blowing out of every vent of that damned machine.  Yup, poop had claimed not only the expensive rug, but also the vacuum.  All I see know is red and dollar signs.

Well, guess what I did with the rest of my Saturday?  That's right, rug and vacuum shopping!  It was an expensive weekend and I still don't know which one of those little assholes to blame!  I know it wasn't me...I was in the shower!  Hope you week isn't as shitty as mine started out as!