My Tuesday In Memes 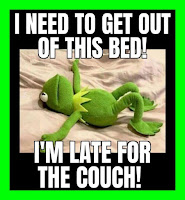 This perfectly illustrates my mood this morning (I think I may have been feeling a bit green too, but that's another story).  I have to admit, I was up late last night binge watching the latest season of Bosch (on Amazon Prime).  This season is just as awesome as all the others and for the life of me, I just couldn't turn it off.  I really wanted to parse out the episodes so I would have something to look forward to, but no...I am a binge-a-holic and cannot help myself.  Hello, my name is Nutty Wone and I have a binge problem. 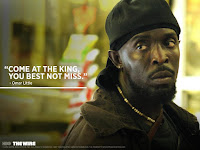 Now, that I went through all the episodes Bosch like a crackhead on a bender, I need a new show to watch.  Having seen many of the same actors on Bosch, I'm thinking about re-watching The Wire.  Don't even tell me you haven't watched the best show EVER on television.  Yes, it is better than the Sopranos and Breaking Bad!  Just give it a chance and watch it...now, damn it! You can (and will) thank me later! 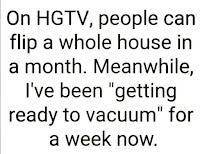 This is a big question in my life right now.  I have watched many an episode of HGTV and they are able to put together an entire home, that looks like a showplace, in a mere month.  I, on the other hand, cannot motivate myself to vacuum up the fur balls that my cat and dog leave behind as they breathe.  It is that time of year when they seem to shed even more (is that possible) and my motivation level is at a zero point zero.  Does anyone know how I can contact the Property Brothers for assistance and tips?  Never mind, I don't even think they could help me now. 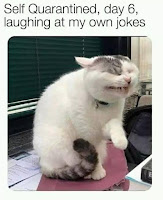 I think I may becoming a bit insane from all of this isolation.  I found myself talking to Cooper and Milo this morning (I talk to them constantly, so that's normal for me).  What is not normal is I said something I thought was damn witty and I laughed at my own joke, pretty hard  They just looked at me like I was crazy - they don't get my humor! 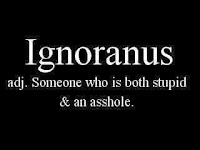 I spoke with The Boss today and during one of our too many conversations he commented about a footprint being on the wall in the Hobbs Street building and asked if I knew anything about it (here is how the footprint appeared).  Now, I thought he was joking and I began to laugh - quickly, I realized he wasn't joking...he was being serious.  After I finished rolling my eyes, I refreshed his memory that Drew must have done it accidentally when he scaled the wall to unlock his door.  The Boss was quiet for a couple of seconds and changed the subject.    Did he not really remember having a fit and locking himself out?  Could he not put the info together (locked door, scaling wall, door unlocked) and figure out where it came from.  I have so many questions.... 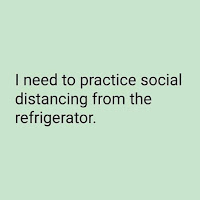 Yup, the refrigerator and I have become quite the power couple during this time of quarantine.  I really think Chloe (yup, I named the fridge) gets me.  She knows what I like and is always there to go the extra mile for me.  I just hope she will love me when this is over and I am the size of a small apartment complex.  That reminds me...I should work out tonight.

In his defense, Milo has been getting more accustomed to me be being around, but every once and a while I still see him looking at me with disgust from across the room.  I can imagine that this meme is going though his head when he is glaring at me (as well as trying to decide how long he could survive if he killed me).  Better think twice about my demise  sucker - with me dead, you would be left alone with Cooper!

This illustrates the polar opposite of my dealings with Milo.  Cooper is SOOO happy to have me around!  I bought him a new squeaky toy over the weekend and he is all about it!  I have had to take it away at night because he keeps squeaking it at all hours.  Clearly last night, I had to put it away because it was interrupting my Bosch marathon!  Priorities people!