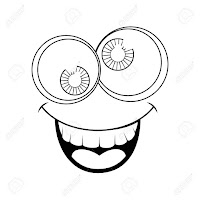 Hello followers of The Nuthouse!

Today's post is going to be a little different than the others.  A few strange and annoying things occurred at work today, but they are not really connected to one "big story".  So, I am going to give you a brief run down of the day in bullet form without any stories attached.  Lets be honest here, sometimes the run down is better than the story itself.  This is Thursday at the office.


Well, I hope you enjoyed a peek into my world today.  Although I did not have an actual "story" to tell, I think these will hold you over until next time.

Have a great evening!
Posted by Nutty Wone at 6:07 PM