I Am Out of the Running For $$ 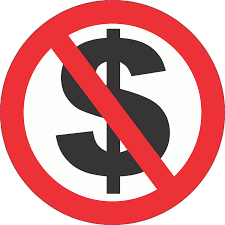 Well, it is official - Wayne and I are out of the running for The Boss' phone call pool.  I had 27 and Wayne had 20 and those numbers were null and void with the phone calls received yesterday!  So, not only does this man drive me insane, he now also has cost me money.  This place is nutty!

I heard some interesting stories from Rachel and Drew when they phoned today.  It sounds like everyone is more than ready to come home and be done with this show.  They say the days are long and with The Boss around (and no real distractions to occupy him), the days seem endless!

Last night everyone went out to dinner and drinks were consumed.  You know what they say about drinking - that's when the truth starts to come out.  I think a few feathers were rustled, but all in all everyone was still speaking this morning.  I did hear that after drinking, The Boss decided to play some blackjack.  On a normal day,  he really fancies himself a math wiz, so he in turn believes he is quite the blackjack player.  I have mentioned that he kinda wants to be Drew, so I guess he thought he would impress him with his card skills.  Well, they must be using the "new math" now in regard to blackjack, because according to Drew, The Boss was housed!  Each time he lost, he would quickly (and loudly) put the blame on the person(s) before him because they "don't know how to play the game."  He finally moved to a table by himself (just him and the dealer) and he still continued to lose.  He then blamed it on Drew (who was not even playing). Yup, never his fault - that is consistent!

According to Rachel the noxious smell returned today - she and the rest of the staff were so pleased!

One more day of freedom....everyone will be back in the office Monday morning.