Is This My New Normal? 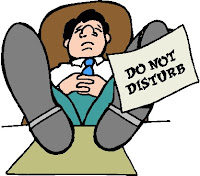 I think this may be my new "normal."  Me, Cooper and Milo - the three amigos, the three musketeers, the three stooges, the newest boy band!

We didn't have our video conference call today (I was actually looking forward to it), it is rescheduled for later in the week.  I spoke to The Boss on numerous occasions today; the topic of conversation was if the warehouse staff could/would come in for a couple of hours to get some materials out the door.  As you know some areas of the country have been hit harder than others by the virus, so some people are still working and are in need of the materials we manufacture.  I said I thought that they would be willing to come in and complete the in house orders (considering they are still getting a paycheck).  I also offered to come in and process the invoices and pay any bills that are due.  I know The Boss is concerned about "catching" something, so it is the least I could do considering I am not getting much accomplished just sitting at home.  I don't think it will break Milo's heart to have me absent for a couple of hours.

Actually, I am getting some things accomplished, unfortunately, they are just not work related.  I have discovered I am becoming an expert at napping.  I think Milo may be jealous of my mad nap skills - I can tell, he still looks at me in a disgusted manner, its just different look than usual...jealousy!  I am able to sleep all night, get up in the morning and still feel sleepy enough in the afternoon to nap....just call me Milo, Jr.!

I am also turning into someone who doesn't totally suck at cooking.  Much to my parents delight, I am keeping myself sustained and alive during this time of uncertainty.  My parents are a couple of time zones away and are both doing well, but seemed to be overly worried that I am not eating enough.  My meals (what they are, where they came from and when I am eating them) is an ongoing topic of conversation.  Now that they know I have been working from home, they are in the habit of calling me every other morning.  It is nice to catch up with them and to  hear how they are keeping themselves from killing each other.  The things they tell me about the other annoying them is hilarious!  They have been married many years and I think this may be the most time they have spent together and alone in a very long time.

The Boss spoke with the warehouse staff and they agreed to come in on Wednesday - so it looks like I am breaking out of this joint for a little while this week.  It will feel good to get in my car for something other than a ride to the grocery store.  Tomorrow morning is the call with my parents.  I am a glutton for punishment - I am going to attempt to facetime with them.  I have given them the low down on how facetime works and they say they are comfortable using it.  We shall see tomorrow morning.  I guess, they really just want to "see" their little boy!